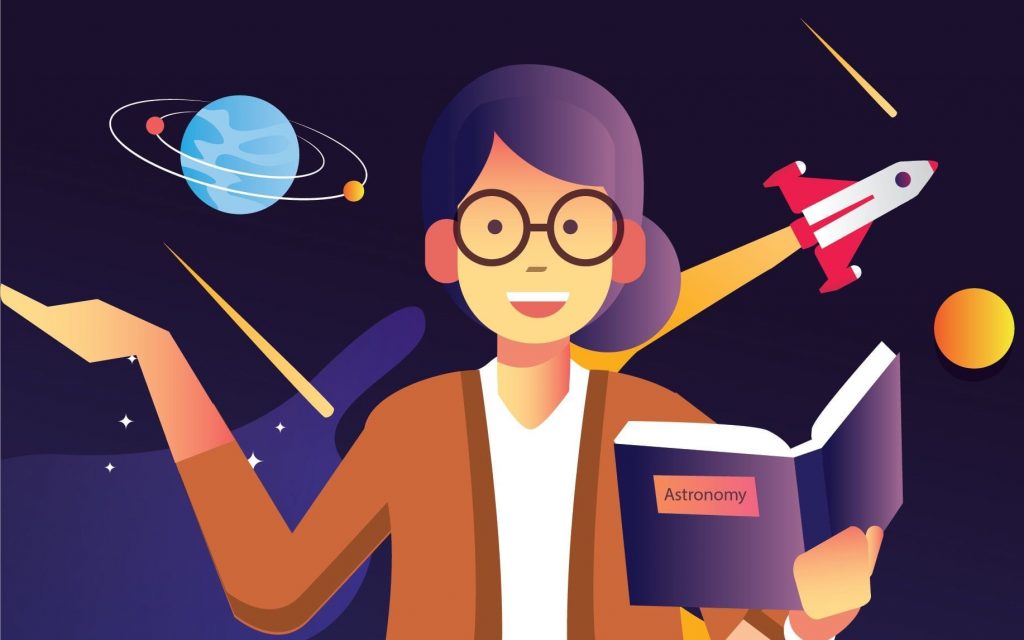 Astronomy is the study of everything that lies beyond the surface of the Earth. Astronomy is as old as Galileo Galilei and Isaac Newton—to put it simply Astronomy is one of the oldest sciences. It began with making observations about the night sky and today it includes celestial bodies that aren’t even visible with the naked eye like faraway galaxies, black holes, neutron stars, etc. Astronomy is split into two clear types: Observational and Theoretical and has multiple branches.

Observational Astronomy uses physical instruments to observe the sky and celestial bodies and present this information through journals and academic papers.

Theoretical Astronomy, on the other hand, uses mathematical equations and physical laws to deduce and understand the meaning of these observations. They then not only predict future patterns, but also study the beginning of the universe.

Astronomy/Astrophysics is a course that is highly in demand, however, it does require an extreme amount of hard work and dedication, and more importantly a strong grasp of Mathematics and Physics. Astronomy is considered a specialization subject, there are different paths that a student can choose after completing his 12th:

Bachelor’s Degree: A BSc in Physics is the first step to building a career in Astronomy. BSc can be pursued by any student who has taken Science and Mathematics in the 12th grade. One can also pursue a BSc in Applied Sciences or a BTech in a relevant field such as Aerospace Engineering.

Ph.D. In Astronomy: Astronomers and Astrophysicists are highly educated scientists and researchers and tend to have a doctorate in their field. Of course, there are multiple branches of Astronomy that can be focused upon: Cosmology, Astrobiology, Spectroscopy, Photometry, Planetology, etc.

Amateur Astronomy is another huge part of Observational Astronomy—many observations about new comets and transient events have been done by normal people who like watching the sky through telescopes and binoculars. Since Astronomy isn’t considered a ‘professional’ degree so far, there are very few institutions dedicated wholly to Astronomy. However, the ones on the list have made some incredible contributions to the field.

Astronomy is a field that is highly in demand, since there are very few academically qualified Astrophysicists and Astronomers in the country, it may be due to the amount of education required to qualify as an astrophysicist. Most of them are employed at India’s autonomous institutions like IIA, IUCAA as part of the research team. NASA, ISRO, and similar private and public organizations are also good places to work as an Astrophysicist.

There are multiple career paths to choose from after receiving a degree in Astronomy and related fields:

The majority of Astronomy and Astrophysics graduates tend to work in the Research & Development fields of large and small organizations so that discoveries about the past and future can be made. Many students also work in private sectors, where instruments like telescopes and binoculars, and other related equipment are produced.

Well qualified researchers tend to go forward and work for organizations like NASA and ISRO. Astronomy isn’t just a rarely explored field, it is also one that is exciting, and rewarding.