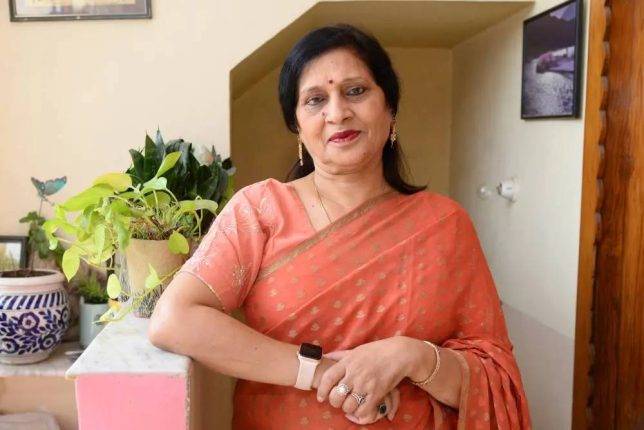 Can a Bad Bank Revive the Banking Industry – A Perspective

The present market situation exacerbated by Covid 19 pandemic has slowly but steadily affected economic sectors across the board. India is facing a growing problem of Non- performing assets (NPAs) and the figures have grown substantially in the last few years. The rising NPA is a symptom of an ailing banking sector and it adversely impacts the bank’s profitability, efficiency, net interest margins, capital adequacy ratio, return on assets, returns on capital employed etc. Non- performing assets (NPAs) of banks have come under severe stress and this is a cause of concern. Various experts have pointed out that the existing bad loans is huge problem and without taking tough and stringent measures to recover non-performing assets, all other measures to revive Indian public sector banks would remain cosmetic. According to the Reserve Bank of India (RBI) Governor”Maintaining the health of the banking sector remains a policy priority and preservation of the stability of the financial system is an overarching goal.” The surge in NPAs in the wake of contraction in the economy along with the adverse impact of the pandemic has been behind the proposal to establish a bad bank by the RBI and the Government. The announcement by the Finance minister in the Budget 2021 for establishing a bad bank is significant as it will seek to provide financial stability to the banking sector. The move may also help to relieve banks of their stress temporarily given the present market scenario.

The existing levels of bad loans is a big worry for the Public sector banks (PSBs). With the NPAs set to witness a further spike as a result of the second wave of the pandemic, the idea of setting up a bad bank appears to be the need of the hour. A vicious cycle has emerged in the Indian banking sector as rising stressed assets calls for higher provisioning requirements resulting in capital adequacy concerns. Also, banks do not possess the required expertise to recover the stressed assets. Thus, in order to stay ahead and concentrate on their normal banking functions, setting up a bad bank appears to be a way forward.

What is a bad bank?

Proposed Model for a Bad Bank?

In the recent Budget 2021, Finance Minister Nirmala Sitharaman said “The high level of provisioning by public sector banks of their stressed assets calls for measures to clean up the bank books. An Asset Reconstruction Company Limited and Asset Management Company would be set up to consolidate and take over the existing stressed debt and then manage and dispose of the assets to Alternate Investment Funds and other potential investors for eventual value realization.”

Budget 2021-22 had announced that RBI will look into the proposal for the creation of a bad bank. The proposed structure envisages setting up of a National Asset Reconstruction Company to acquire stressed assets, which will be resolved by the National Asset Management Company. The setting of a bad bank in the form of an Asset Reconstruction Company (ARC) or an Asset Management Company (AMC) will help the commercial banks resolve the problem of bad loans and in the process help them clean up their balance sheet. An ARC and AMC will take over the existing stressed debt. It will then hold the problem loans until the assets can be sold to Alternate Investment Funds and other potential investors at a reduced price for value realization. The new framework will help clean up the balance sheets of public sector banks and make future requirements of capital less onerous.

The announcement in the budget for the creation of a bad bank is in line with global practices. The first bad bank was created in 1988 in US by US-based Mellon Bank to hold its stressed assets. After this, other countries including Finland, France, Sweden and Germany have also implemented this concept. India is learning from the success experiences globally in establishing a bad bank. The concept has worked in some countries with active participation by the government. However, the difference is that other countries did not have any Asset Reconstruction Company like structure in India functioning for nearly two decades.

To begin with, professionals with domain knowledge will manage the bad bank. A bad bank will buy the bad loans of other lenders and financial institutions to help them clean their balance sheets. These bad assets will then be resolved by the bad bank over a period of time. This will help the banks to have a positive outlook towards their existing and new businesses.

The structure proposed by the IBA is that the bad bank should buy toxic assets from a good bank at a price below their book value. The bad loans are normally transferred below their book value ( which could be the asset value minus bank provisioning against the stressed assets). The next step will be selling stressed assets to prospective buyers at arm’s length principle, recovering as much is possible and resolving the crisis in the system. However, in the current uncertain situation, this may be a significant challenge.

It is important to ensure that banks do not compromise on their due diligence merely because a bad bank will buy the stressed assets. Also, shifting, or transferring the assets from one entity to another should not be considered as a solution to the problem of non-performing assets.

What would setting up the bad bank do?

The proposal to establish a bad bank will help the banks sell the stressed assets to clean up their balance sheet of the toxic assets. Public sector banks need a high level of provisioning of their stressed assets. This will not only help the banks to clean up the balance sheet but also use their capital more optimally. In other words, banks will be able to:

Thus, a bad bank will help the commercial bank clean up their balance sheet by resolving the problem of bad loans. However, it will not be involved in the normal banking functions of lending and taking deposits.

How will a bad bank operate?

As the idea is suggested by the government, the majority ownership is likely to rest with state-owned banks. This will help to have more participation from Public Sector Banks (PSBs). Two, as the proposed bad bank is being set up as a government initiative, the valuation of the bad loan and the corresponding discount on loans will be a relatively smoother process.
Third, in all likelihood RBI is likely to relax the provisioning norms for banks on assets sold to an ARC and with respect to the requirement of 15 percent capital payment as the proposal is a government initiative.
Finally, a Government-backed institution will have a higher capacity to negotiate deals and help free up banks from carrying the stressed assets on their books.

Will a bad bank solve the problem of NPAs

The problem of NPA is a serious cause of concern for the banking sector. The rising stress that the banking sector is facing, more so after Covid 19, calls for an effective resolution mechanism. However, even before Covid 19, banks were facing a spate of corporate defaults over the last few years. The second wave of Covid has come as a big worry for banks and the NPAs are likely to escalate even further. According to the Financial Stability report released by RBI in 2021, the NPAs of the banking sector are projected to surge to 13.5 percent of advances by September 2021, from 7.5 percent in September 2020. In a severe stress scenario, the ratio may escalate to 14.8%. The impact of the pandemic-induced disruptions on asset quality will be spread over FY21 and FY22, with bad loans expected to rise to 9.6-9.7% by 31st March 2021, and to 9.9-10.2% by 31st March 2022.

In the wake of a slowdown in economic activity and a hike in NPAs, banks may witness the creation of a bad bank that may bepart of a strategy to tackle bad assets. According to the chairman of SBI ‘this is the right time for a structure along the lines of a bad bank as most banks are holding very high levels of provisioning of NPAs. High NPAs impair a bank’s ability to borrow, lend or conduct business as usual.’

To tackle bad assets, the banking sector under the IBA had two years ago proposed an asset management company called ‘Sashakt India Management Company’ to resolve large bad loans. The proposal was prepared by a panel set up by 2018 interim finance minister Piyush Goyal on the faster resolution of stressed assets in public sector banks. It was headed by Punjab National Bank chairman Sunil Mehta to resolve NPAs over Rs 500 crore. A three-tier system involving an asset reconstruction company, an asset management company and an alternate investment fund was proposed. The implementation of the idea is complicated which is why Indian policymakers have only toyed with it. A banking institution has to keep in mind its choices of assets to be transferred into the risky category, business case, portfolio strategy, and the operating model ( Accessed online).

To solve the problem of mounting NPAs, some suggestions could be

The idea of setting up a bad bank has been under discussion for a very long time. It is a great initiative being proposed by the government. The extraordinary stress situation and elevated bad debts arising due to the first and second wave of the Covid-19 pandemic is also leading to a change in perception to provide an out of the box solution. If the structure of the proposed model is optimally designed and supports the eco-system it may help to address the twin balance sheet problem of bad loans and capital adequacy concerns thus opening up a new chapter in the Indian banking landscape.

Three factors on which the success of the business model will depend are First, the ability to attract the right professionals with the relevant expertise who can work with dedication to complete the processes within the defined timelines. Delays in completion of the process not only discourage investors but also increase costs. Second, the type of assets acquired and the price paid by the bank for those assets. If the price is right, the chances of resolution are better. Finally, allowing market-driven platforms and business models to sell bad loans to improve the valuation and price discovery process for non-performing assets.

The terms on which the bad bank will be formed might not rescue Indian banks from their NPAs completely but surely will be critical in shaping the banking system. It can also provide some relief to the Indian banks in this difficult time when the entire economy is under pressure. However, a critical factor for its success will depend on developing and designing a unique and sustainable business model. In addition, greater governance and monitoring of loans for early warning and distress signs will be required to deal with the problem. Thus, a bad bank is a good idea, but may not solve the problem of NPAs for Indian banks given the uncertain and weak economic environment due to the pandemic.