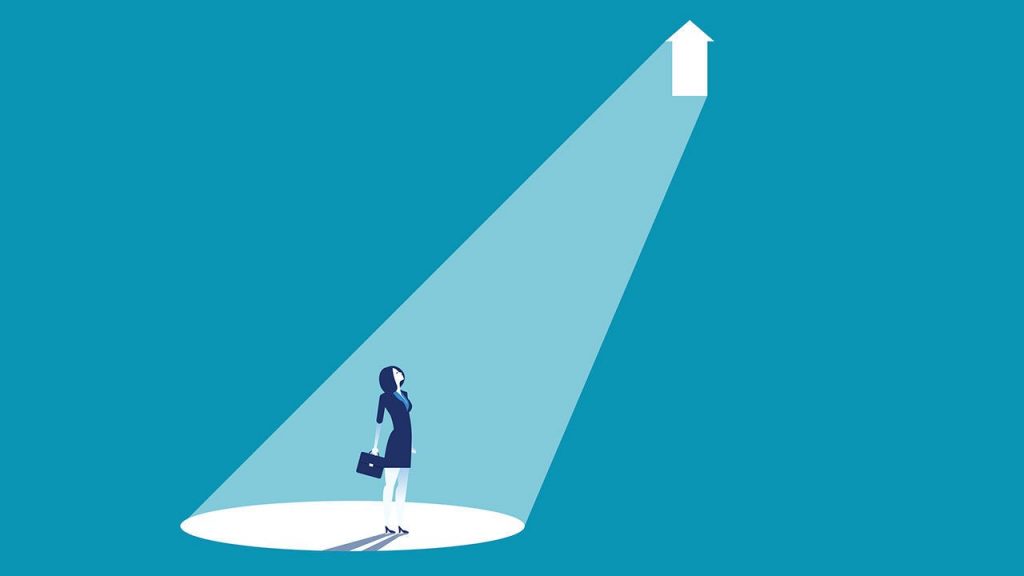 On 22 December 2015, the United Nations General Assembly decided to establish an annual International Day to recognize the critical role women and girls play in science and technology, through Resolution A/RES/70/212. The United Nations (UN) agreed to celebrate the first Women and Girls in Science Day on 11th Feb 2020.

Additionally, the United Nations tackle the greatest challenges (for women) on their Agenda for Sustainable Development. Those challenges rang from improving health to combatting climate change. The committee group selected by the UN promised to include all talent which means to get more women working in these fields. Gender diversity in research expands the pool of talented researchers[1] and brings in fresh perspectives, talent, and creativity. Women and Girls in Science Day is a reminder that women and girls play a critical role in science and technology communities, and that their participation should be strengthened.

Several efforts have been made by world organizations including UNESCO and EU Programme to identify and measure several aspects resulting in this gender gap. In this article, we address this lack of information by collecting data from eminent institutions throughout India. The under-representation of women in the science and technology community is characterized by primarily highlighting the male-dominated technology-driven Indian institutions. The probable causes for such inequality need to be analyzed and addressed for remedial purposes. One of those remedies is to provide women the opportunity of having a needful internship/training Programme during their mobility Programme with skillful development.

Based on the Fact Sheet No. 55 June 2019 (FS/2019/SCI/55) published by UNESCO, the Institute of Statistics recommends a clear gender gap in science. Regardless of the growing demand for cross-national-comparable statistics on women in science, national data and their use in policymaking often remain limited. This fact sheet presents the global and regional profiles, pinpointing where women thrive in this sector, and where the women are under-represented. The global map (see Figure 2) portrays the share of women in the total number of researchers by country.

With the support from the Swedish Government, and coordinated with UNESCO the SAGA project (shortcut forSTEM and Gender Advancement)was launched in 2015 to strengthen UNESCO’s work in support of gender equality in Science, Technology, and Innovation (STI). SAGA’s main objective is to offer governments and policymakers a variety of tools to help to reduce the current global gender gap in STI fields existing at all levels of education and research. By reaching this objective, the SAGA project will contribute to increasing the visibility, participation, and recognition of women’s contributions in STEM. The SAGA initiative will help to A careful reading from this fact sheet (see Figure 3 –  provides a completely different narrative for a developing nation such as India, and the efforts made in India to bridge the gender gap. The categorization of India as one of those countries which are referred as third-world countries or other terms such as developing (emerging) or under-developed nations do not impress us. Looking at the report, one can easily identify that there are a lot that needs to be done in this sector, more than just dialogue and more than writing vision statements. It starts with an updated data on the actual situation which then helps policymakers to build a  policy that intend to resolve the issue, and help empower the underpowered, and bring down the gender gap.

The project used a methodology and published 4 working papers which includes a SAGA tool kit. In their tool kit several indicators have been mentioned which has delayed women’s empowerment and reduced attempts to balance the gender gap. The policy initiatives, suggested from this SAGA project, highlight their 15-point policy instruments, such as technical assistance, scholarships and fellowships, and work-related or scientific training. These policies and measures have both direct and indirect impacts towards empowering women and their careers.

India is the fifth-largest economy in the world, with a GDP of $2.87 trillion in 2019, more than 4% higher than in 2018. Because of its large population, India has the lowest per capita GDP on the list of top 25 economies of the world[3]. Indian education system focuses more on theory rather than practice. It does not look for creativity. Whereas in foreign countries; they focus indeed on practical based learning. This is one key difference that makes the gap even wider in the early career of all genders, including women. Examining the causes of this grave inequality towards women’s career in science, one is confronted with the age-old concept of “women being the intellectually weaker section”, caused by diverse socio-economic factors in the Indian society, to speak of psychological stereotypes such as gender stereotypes of subjects, social stereotypes, the role of women in the society, and lack of role model. A vision document as a roadmap for Women in Science and Technology was published by the Inter-academy panel comprising the leading persons from Indian Academy of Sciences (IASc) in Bangalore, the National Academy of Sciences (NASI) in Allahabad, and Indian National Science Academy (INSA) in Delhi. The document stresses among other recommendations the immense importance of the training of young female students and researchers, allowing them to pursue and secure a professional job and be skillful for the market requirements. There are several key reasons why Mobility Programmes  are empowering women in science. A few can be summarized as following points:

How catching early and encouragement is the key!

The under-representation of women in STEM translated into the loss of a critical mass of talent, thoughts and ideas, hinder countries from reaching their maximum development potential. In the early years of education, which is during their professional or traditional education, women have rarely enough exposure to opportunities and access to skill development. This is also argued in the 120 pages of the Final Report on the Status of Women in Science among Select Institutions in India: Policy Implications published in September 2017. The report acknowledges two segments of the female population who are seen to be facing huge drawbacks in pursuing their dreams. The first segment consists of those who get deprived of primary education; the other segment consists of highly qualified women professionals. This report targets the second segment of women, particularly women in science and technology.

The table below (excerpt from the report – Figure 4Figure 3) shows annual percentage enrolments – female and total (male and female combined). To bring the data into perspective, the sampling of these data performed at the premier institutes funded or aided directly by the government and then submitted to NITI AAYOG. The sample was Working (Scientific and Administrative Staff) 20.0 %, Post-Doctoral Fellows 28.7 %, Ph.D. 33.5%, Students (UG and PG) 24.0%. The report concludes the following:

The conclusion from the report is the push for significant and measurable improvements in infrastructure and support services for females at both academic and non-academic institutions. It recommends strongly on careful approach while enabling best practises on management policies to be initiated to supporting females. Moreover, the report stresses the possibility of a better work environment and stresses more professional interaction during the education phase. This is surely possible by having a mobility programme for students to explore the field of science from an application-focused approach. The report also identifies the significance of more fellowships/scholarships/research funding. As a summary, the report highlights a requirement of a better talent management programme which needs to be structured and approached with an aim of substantially increasing the representation of females at all levels of science and technology.

GSI Helmholtz center has been a talent factory since its inception 50 years ago. GSI has inculcated a tradition for mentoring and training. Several of the aluminas are now leaders in their field and have achieved a successful career. The GET_INvolved Programme initiated a framework ensuring opportunities for young students and early-stage researchers from all genders to get skillful training while performing their education.

The GET_INvolved Programme at GSI Helmholtz Center  Germany provides international students, early-stage researchers, and employees of industrial partners with opportunities to perform internships, traineeships, and early-stage research experience at GSI’s laboratories in Darmstadt, Germany, to get involved in the international FAIR accelerator project while receiving scientific and technical training. Professional training and mentorship are available for a broad range of topics such as biophysics, material research (including nanotechnologies), high-performance computing, radiation therapy and protection, accelerator technology, superconducting magnets, atomic physics, plasma physics, laser physics, nuclear physics, and chemistry. The programme is supported by partner institutes such as universities and research institutes or by companies. Each partner supports a defined number of talented students or young scientists per year.

Mostly the programme’s published success stories with empowering and encouraging female students and researchers provide an impression that to the experience in the mobility programme has given these young scientists and engineers an opportunity to pursue their dream skillfully. One of the programme partners in the famous Mody University in Laxmangarh, Rajasthan, India. Two of the very first three students of the programme were from Indian University (MUST). Ms. Anushka T. and Ms. Jayati V participated in the programme. These three students had laid a stepping stone for others. In 2018, GSI agreed to accept MUST Rajasthan as a partner in GET_INvolved Programme and established an internship and training programme for meritorious young female future engineers in science and technology. Both Anushka and Jayati have been the two best students from their Computer Science Engineering course at the University.

Anushka worked on a research project focusing on data analysis for a state-of-the-art experiment at GSI. Later she was selected to pursue her Master in Engineering at the University of North Carolina, USA. The Internship with the GET_INvolved Programme gave her confidence and required exposure to pursue her dreams and make them a reality. She is passionate to work with big data and would like to be an analyst in the finance sector.

On the other hand, Jayati worked on her bachelor’s thesis focusing on a programme that allows a graphical interface for using and testing the Superconducting Magnets. Jayati went to qualify for the Master in Indian Institute of Space Science and Technology. She is passionate to do further research and having her exposure to the international mobility programme boosted her CV. With her good grades, she is able to pursue her research ahead. Presently, she is working for her Ph.D. at Indian Institute of Space Science and Technology, Trivandrum. She is working on the 3D  map of India which is not there.

In 2018, two female Master’s students, from Amity Institute of Nanotechnology, Priya and Mahima qualified for the GET_INvolved mobility internship. The mobility programme gave them a great opportunity to work in a project environment and in an international team of students and experts.

There are several such success stories where mobility programs such as the GET_Involved Programme, encouraged and supported young female students and researchers. It is valuable for science and research that those female talents are integrated and remain. They have to get opportunities to climb up the career ladder, not only by gaining the educational or professional degree, but also providing the required professional mentorship to nurture them into future leaders. The Indian academic and non-academic institutions require to rethink and innovate policies in the right direction. Mobility programme is one such tool that helps to break out from stereotypical role models of the society and push them to explore and rediscover themselves. Networking and intercultural interactions enrich not only their scientific knowledge but also about social understanding and their own-made and self-understood role in society.  It still requires more work to also encourage women from poor or rural cities for studies and education. One must not lose those who are in the field of science merely because of lack of opportunities which is available for the other gender. Partnerships have to be created to give opportunities to young talents. Special funding instruments and appropriate cooperation tools have to be made accessible to encourage and inspire women and girls in science to feel free, encouraged and empowered to pursue their path courageously.

” Don’t let anyone rob you of your imagination, your creativity, or your curiosity.”